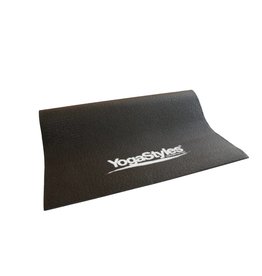 YogaStyles EKO-TPE-PRO Our new yoga mats have a worldwide patent on their TPE technology. TPE stands for Thermal Plastic Elastomer. TPE is 100% EKO-friendly and 100% recyclable. YogaStyles yoga mats are free of PVC and chlorine and consist of 100% TPE. Th
Add to cart
Yoga mat EKO-TPE-PRO
€42,00

This all-round yoga mat is suitable for both studio and home use. All our yoga mats are recyclable, sustainable and biodegradable. Dimensions: 183 cm. x 61 cm Thickness: 6 mm. Anti slip.
Add to cart
Yoga mat EKO Allround
€27,25

There are many different forms of yoga:

Our range of yoga mats

Lagripro has deliberately chosen to have all yoga mats produced that are manufactured with respect for people and the environment. In the contemporary picture of time it no longer fits Yogi's and Yogini's practice yoga on cheap environmentally unfriendly yoga mats.